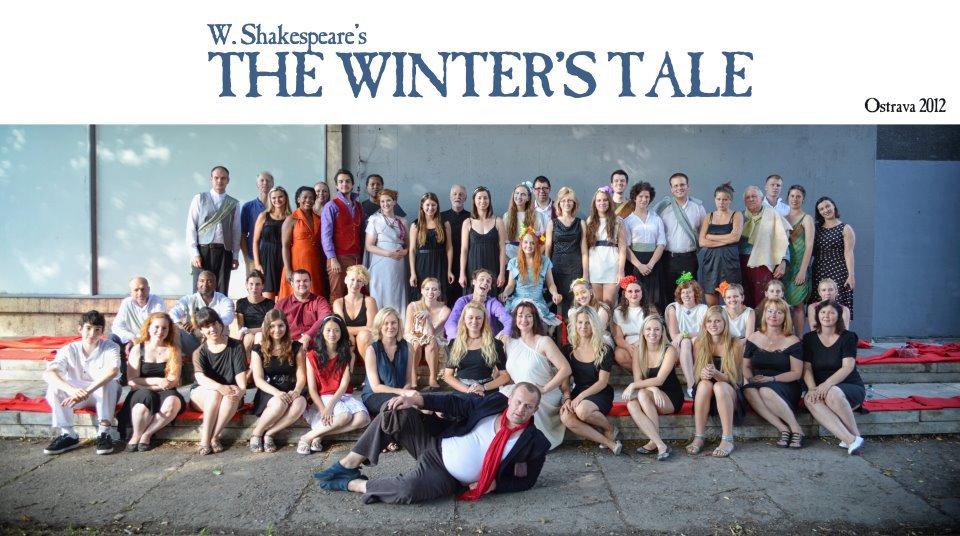 Winter's Tale is a play written by William Shakespeare. But for two students of Gymnázium Ostrava-Hrabůvka it means more than just a play.

At the end of the school year English group Parrabolla has came to the Czech Republic. They went here to create something new and special. There was not such a project in the Czech Republic before. So we are glad, that they have chosen Ostrava for this “experiment” (which was, I can say, successful).

The nice title for what we were doing is Community Play. Basically… it means: You don't have to be an actor, you can act with us. So we have tried it (me and my classmate Gabriela), although we hadn't had any experience. It didn't matter – they taught us what we needed.

All the participants received some role. It could be a small role or a bigger one. We started to visit rehearsals. Yes, it was an exhausting month. Then it came: Preview. Opening Night. Performance. Closing Night. Four performances in four days - It ended so quickly! Actually, it ended for the ones with smaller roles. The main characters went to perform the same play in Poland.

What's the difference between this kind of theatre and normal theatre? First of all – You move from place to place. We can call it “Moving Theatre”. The first scene was in Miron's Theatre, the second scene was in the building of Ostrava's University and so on… Secondly – C'mon! There is no stage! There is no difference between us – Drink with us, eat with us. Laugh with us! While the actors were speaking, they were moving in the space among “ordinary” people. They invited people to eat, drink. Or at the beginning – Ball scene - they asked for a dance.

What has this given us? We were really softly forced to speak English. Therefore we are expected to speak better now. It taught us something about acting, actor's lives and life by theatre. And finally we met really GREAT people and hopefully made a lot of new friends.
Použijte prosím moderní prohlížeč (např. Google Chrome, Mozilla Firefox nebo Microsoft Edge).